Located in Southern part of Kenya, Amboseli National Park is also known as ‘Land of the Giants’ due to its dense elephant population. Huge tusked and massive elephants!

Amboseli National Park is a treat for wildlife lovers. Scenic views against the backdrop of Mt.Kilimanjaro make your trip and game drives worth it all. The Park also has habitats such as dusty plains and marshy swamps. Its size is about 390 square kilometers.

Some of the popular wildlife include wildebeest, zebra, buffalo, gazelle and of course four of the big five (excluding rhinos) not to forget the smaller animals such as jackals, hyenas or even the birds including pelicans, falcons, etc.

Best Time To Visit: June-October and January-March. The other months however should not discourage your plans to visit as Amboseli is not only a wildlife destination but a place that has spacious, mountainous and striking views. 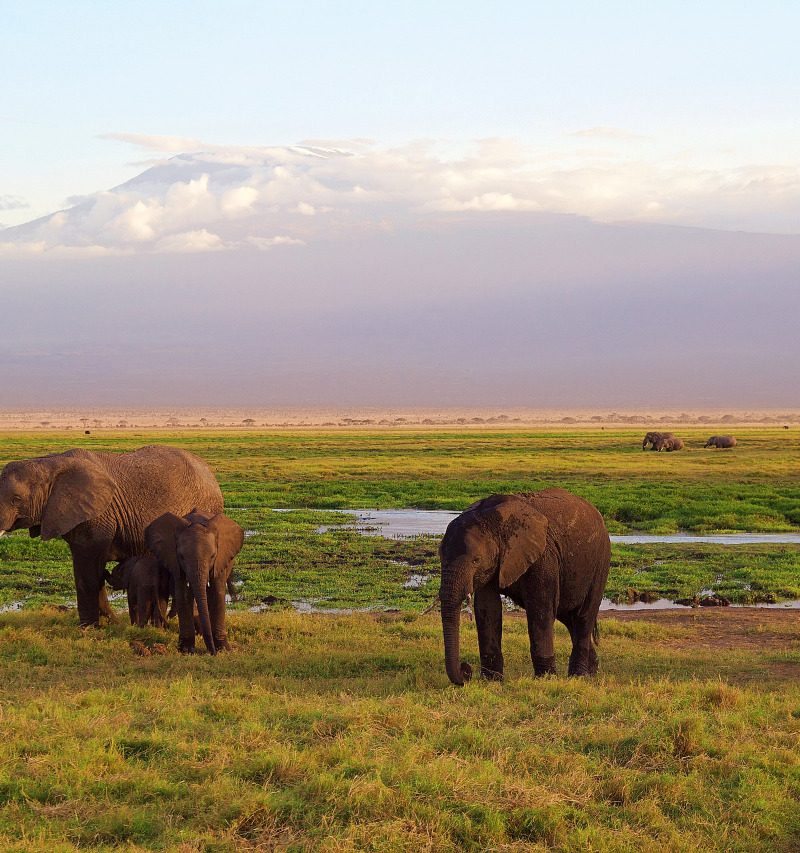